The “Expert Builder Idea Book” with set number 8888 (published in 1980) – available as pdf, and via a lot of places as separate images, too – was a real eyeopener for me as a kid in the early 1980s. Its cover might ring a bell: 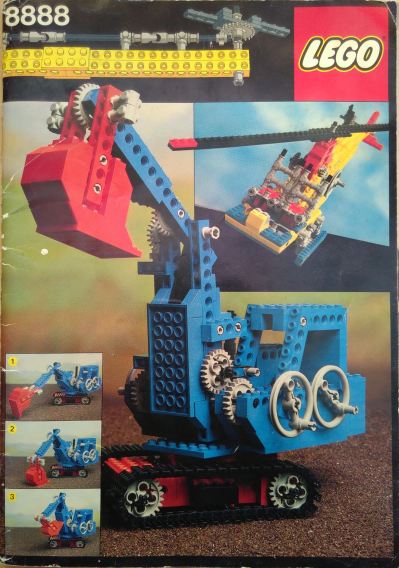 I have built the Excavator, the Car Chassis and the Yellow Jeep. But the most awesome model was the punch card-like Programmable Crane, as shown below: 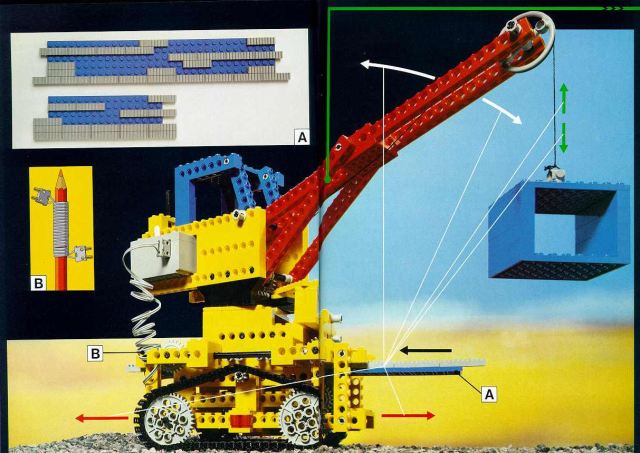 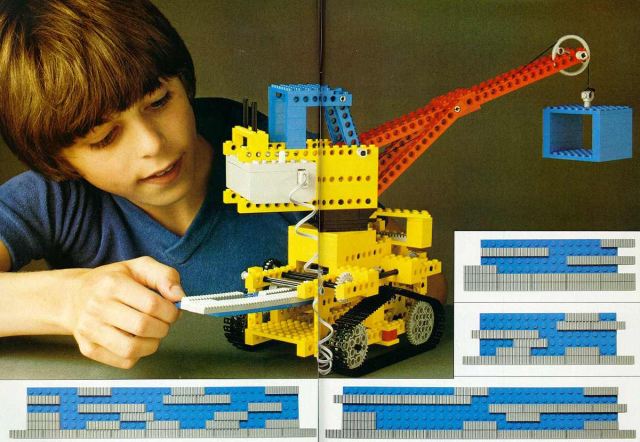 Of course the model itself would not win in a beauty contest, but the mechanism of programming a device using gear racks blew my young mind. I have created several variations of this punch card principle back then. I think this model was one of the reasons for me to start saving money to buy my own home computer and to choose an education, and later on a profession, in the software development field..!

Who Let The Dogs Out
But there is one other model in the book I particularly like, and that is the Mechanical Dog. I will show all instruction pages here, because there are only 4, of which 2 contain the actual building steps: 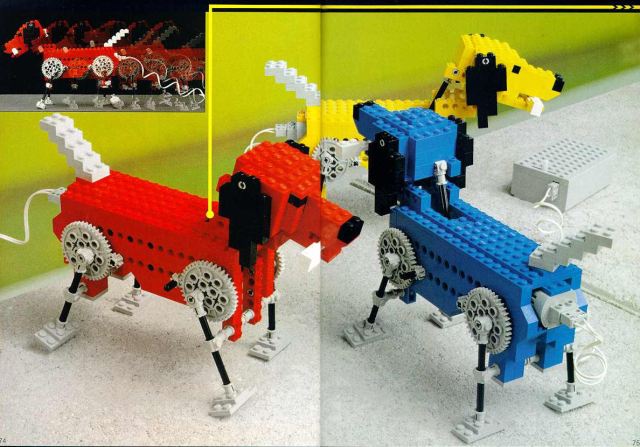 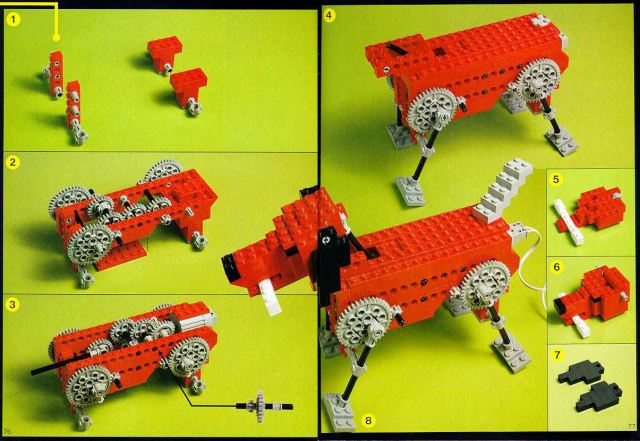 I was able to build only one dog in the 1980s but now I have created all three! They walk a bit slowly in the next video.

But when I changed the gears on the legs of one dog from 8 and 40 teeth to 24 and 24 teeth that one outruns the others..!